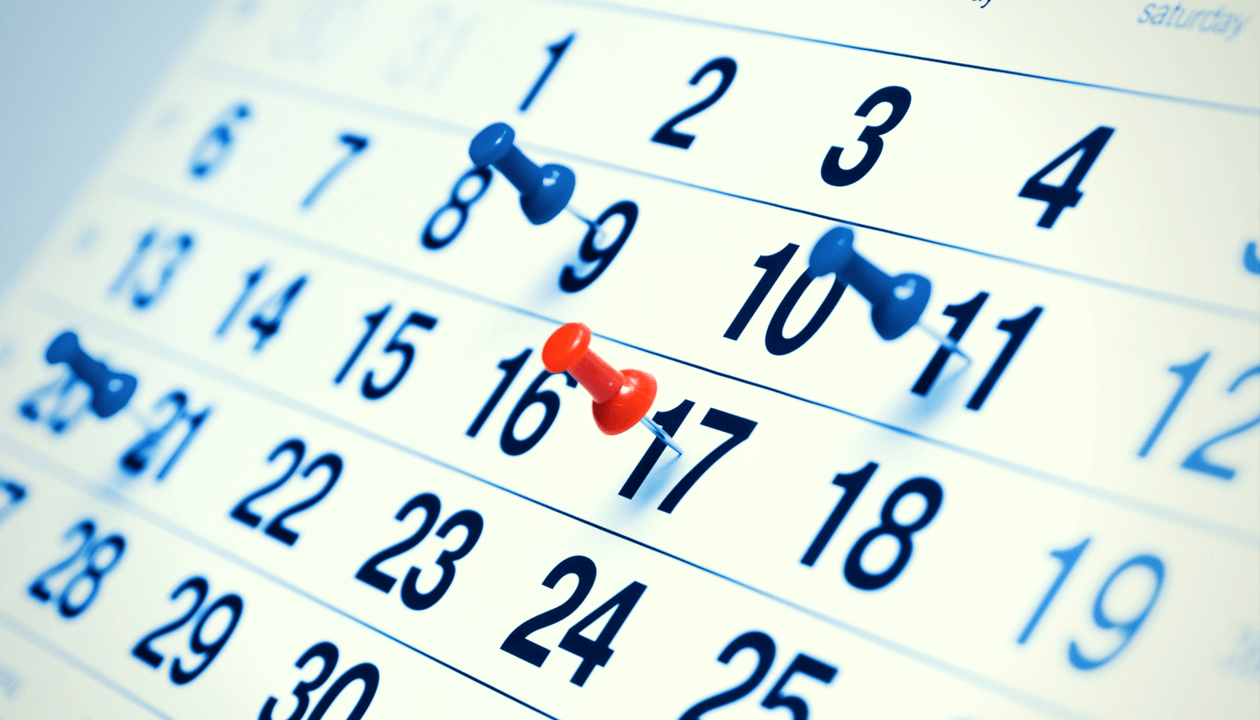 FBA reimbursements are unfortunately a complicated facet of selling on Amazon. “How long do I have to file a claim?” is a question we hear often. That’s why we’re taking a moment to give you the short answer and the long answer to this question.

When should you open a reimbursement case?

When you discover an inventory or return discrepancy and want to know when to file a claim, unfortunately the answer is not “right away.”
END_OF_DOCUMENT_TOKEN_TO_BE_REPLACED 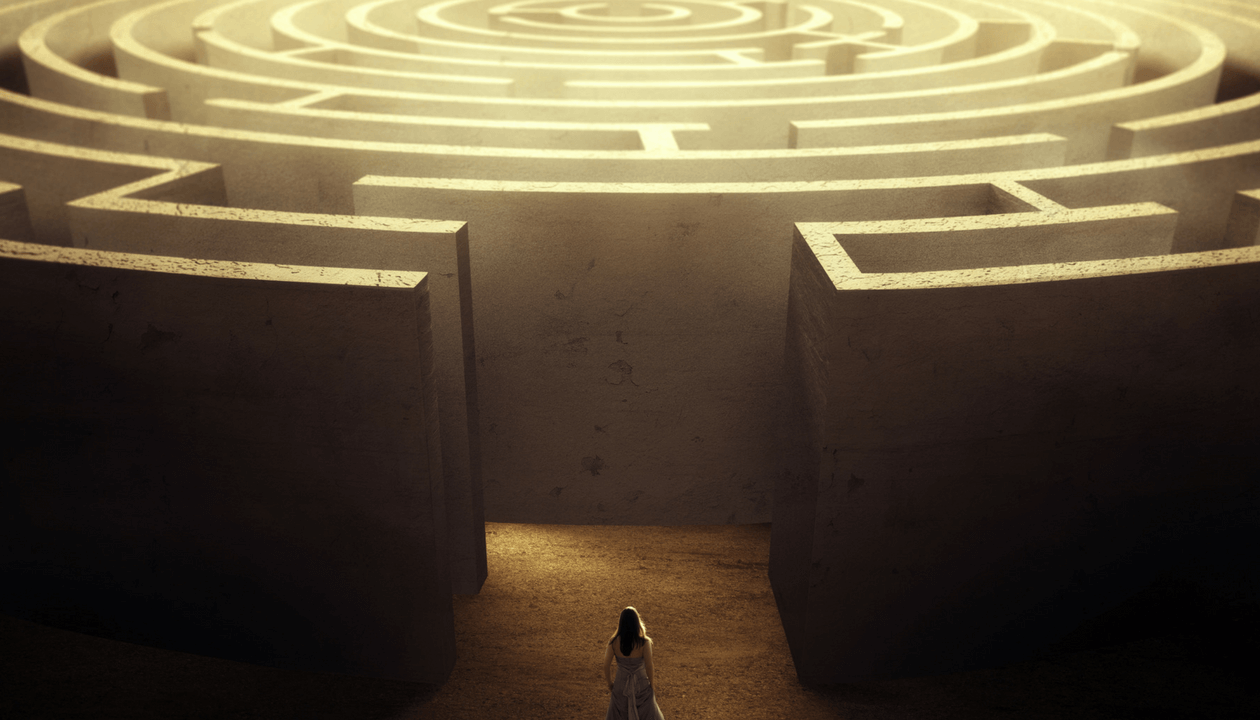 When your Amazon inventory is misplaced, you might find yourself feeling a little lost. What happens next? How do you recoup your losses? How can you best protect your inventory?

In this post, we’re covering all of the common questions about misplaced inventory, so you can know how to get your money back and rest easy.

How does Amazon inventory get misplaced?

An Amazon warehouse can be as large as 1.2 million square feet. Whoa, that’s huge. The warehouses operate with what is known as a “chaotic storage system.” Meaning, instead of being organized by product type or seller or some other factor, the shelves are actually not organized at all.
END_OF_DOCUMENT_TOKEN_TO_BE_REPLACED 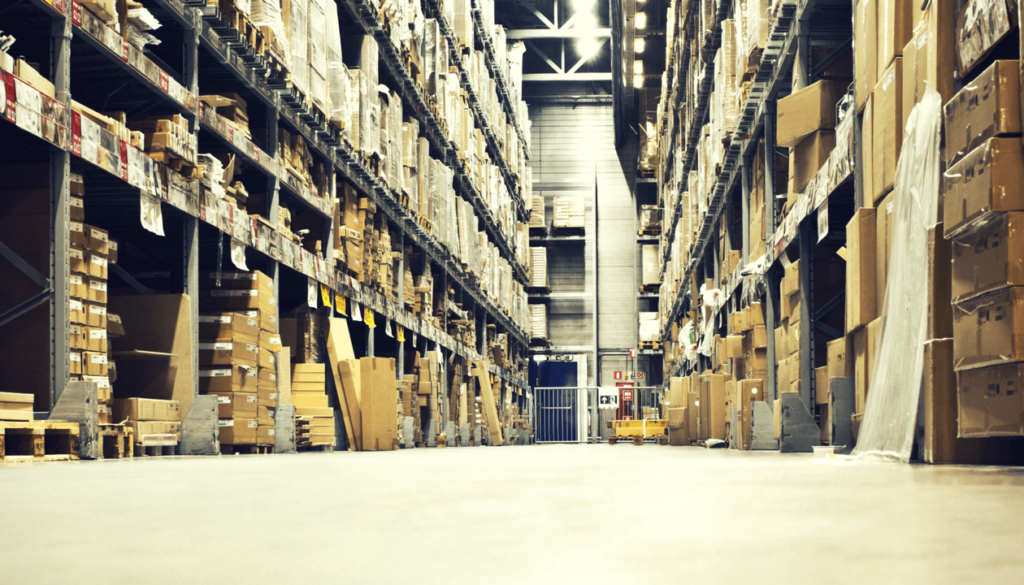 Considering that lost and damaged inventory is the second most common FBA reimbursement case, we have received a lot of questions from Amazon sellers about this over the years.

If you’re wondering whether or not FBA owes you money, lost and damaged inventory is a good place to start.

Fortunately, Amazon has a very reasonable reimbursement policy to cover common issues and protect you against loss.

Let’s dig into the specifics of the policy, answer some common questions, and review how you can get more money back.

END_OF_DOCUMENT_TOKEN_TO_BE_REPLACED 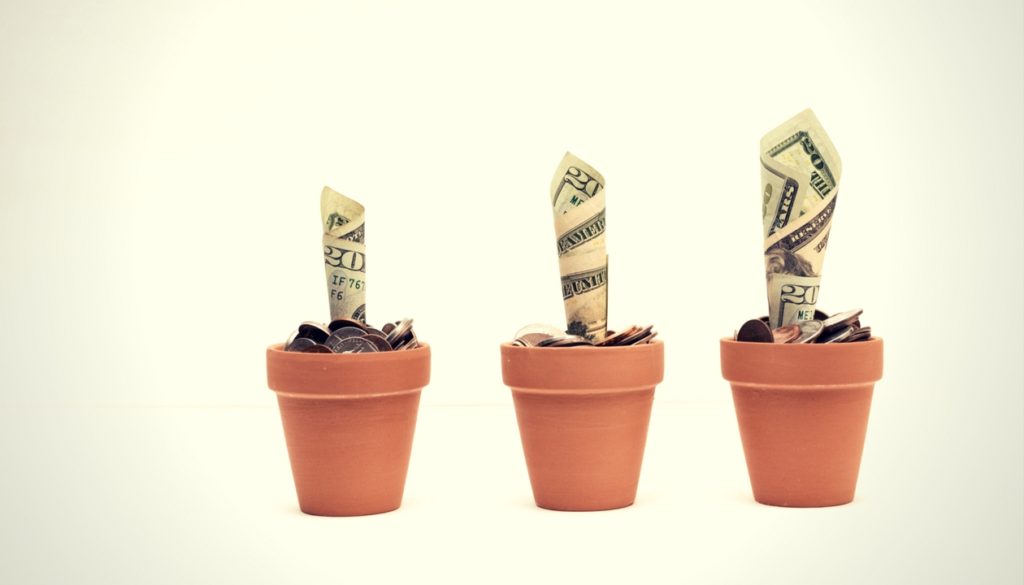 An Amazon FBA refund is given to a third-party seller when the Fulfillment by Amazon service is found to be in the wrong for something like an overcharged storage fee or a customer return error.

You may or may not know this, but our FBA reimbursement software covers 19 possible cases. That’s a lot of different ways that Amazon can get things wrong and cost you money. The reason that Amazon makes mistakes is because of the massive amount of sales taking place on their platform every minute of every day. The odds are that mistakes will happen.

These various mistakes range from miscalculated and misappropriated weight/dimension fees to product removal orders that never made it from FBA the warehouses back to you.

The fact that we cover 19 different error types certainly helps customers feel secure in knowing that their account is being watched over. But there is a question we get asked a lot, primarily out of curiosity, and this is: Which cases are the most common?

Sellers want to know which case types will likely result in real money being handed back to them. It’s true, not all Amazon reimbursement cases are created equal. Here are the three issues that pop up the most often and account for a large amount of refunds.

Amazon FBA refunds are given from Amazon FBA to a third-party seller when an error or oversight is discovered. The most common refunds are due to customer return issues and to inventory being lost or damaged.

Think about it. Between all the products in all the categories, the return rate on Amazon is only 5.5%, but when you consider the daily volume, that’s still a lot of returns. With that volume comes more errors.

Amazon FBA charges sellers to sell on its platform, but it doesn’t intend to overcharge them or make them pay for any of its errors. There are systems in place that typically automatically refund a seller if something goes wrong (if an item gets damaged by an employee, for example).

However, Amazon doesn’t catch all of its own mistakes, which is why most sellers choose to monitor and claim additional Amazon FBA refunds.

Let’s take a look at the three most common instances.

1. Customer return not actually placed back in inventory

The return report is an easy-to-access and easy-to-decipher report generated inside of Seller Central that gives the status and reason for any customer return.
END_OF_DOCUMENT_TOKEN_TO_BE_REPLACED 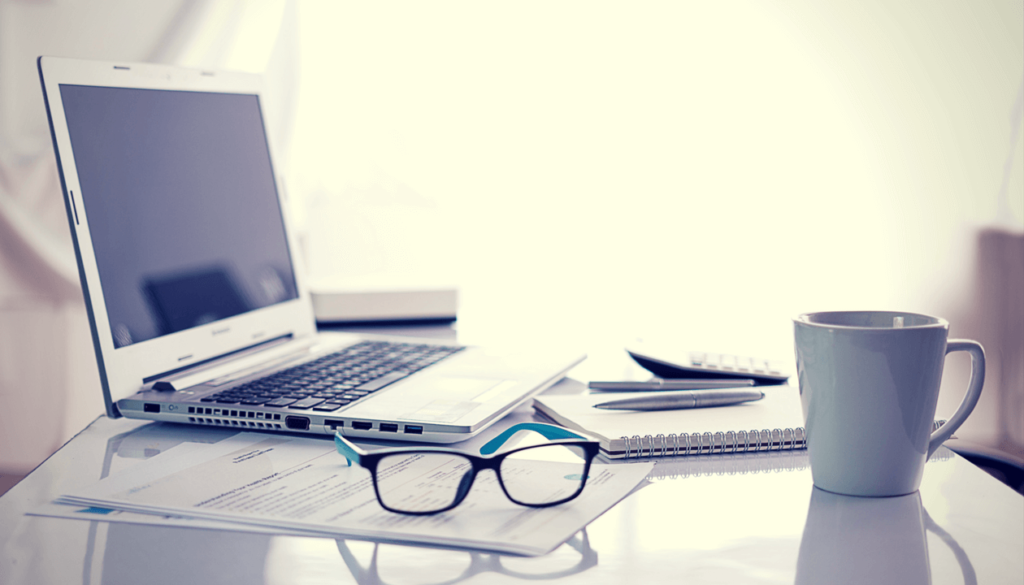 Whether you’re just starting out with FBA or doing millions in monthly sales, the answer is Yes!. That’s because using an external system to track errors in your FBA account has various benefits at every stage of growth.

But before we get into WHY you need to setup automated tracking let’s talk about what is exactly.

Software for securing FBA refunds works by analyzing your account for item-by-item errors, such as customer returns that were never received, inventory that was lost by a carrier but never reimbursed, or inventory shipments that never made it to Amazon. With Amazon’s massive volume and huge amount of sellers, it’s not possible for them to catch every error every time.

It’s up to sellers to look out for the health of their own account (and their wallet). Here’s how reimbursement software can help.

Save time for your business

Successfully getting back money owed to you by Amazon requires a strategy, and strategizing takes time.

There are a variety of things that go into setting up your own system for tracking Amazon inventory mistakes: END_OF_DOCUMENT_TOKEN_TO_BE_REPLACED 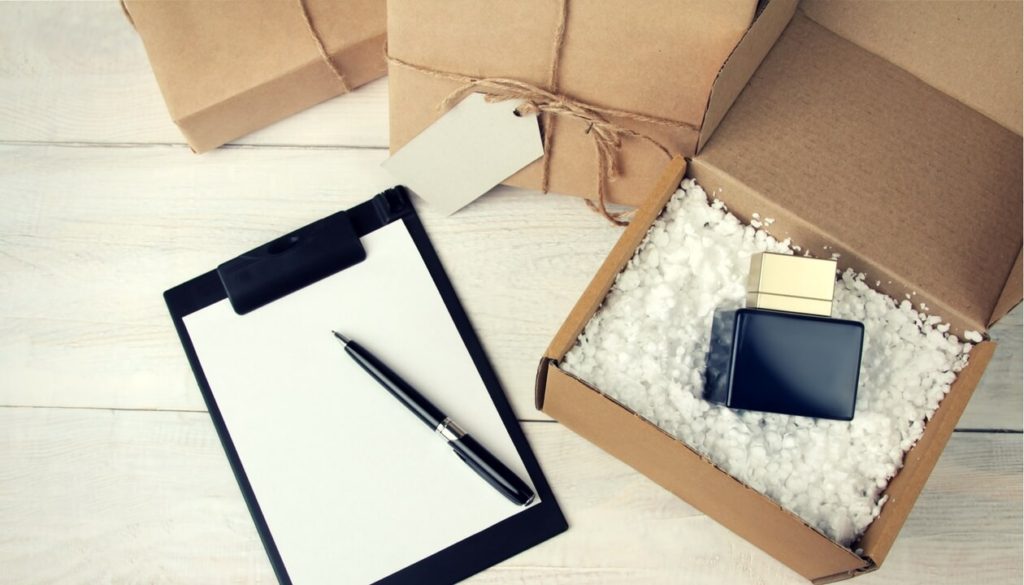 When using FBA, your inventory is literally out of your hands. You’ve shipped it to Amazon and are now awaiting high profit margins. But even when inventory is out of sight, it should never be out of mind.

To make sure that you don’t lose focus, here are six strategies for FBA inventory management that can have a very large impact on your business.

It’s impossible to discuss managing inventory without addressing how products made it to your inventory in the first place. How did you conduct your product research? Did you assign enough importance to sales rank?
END_OF_DOCUMENT_TOKEN_TO_BE_REPLACED 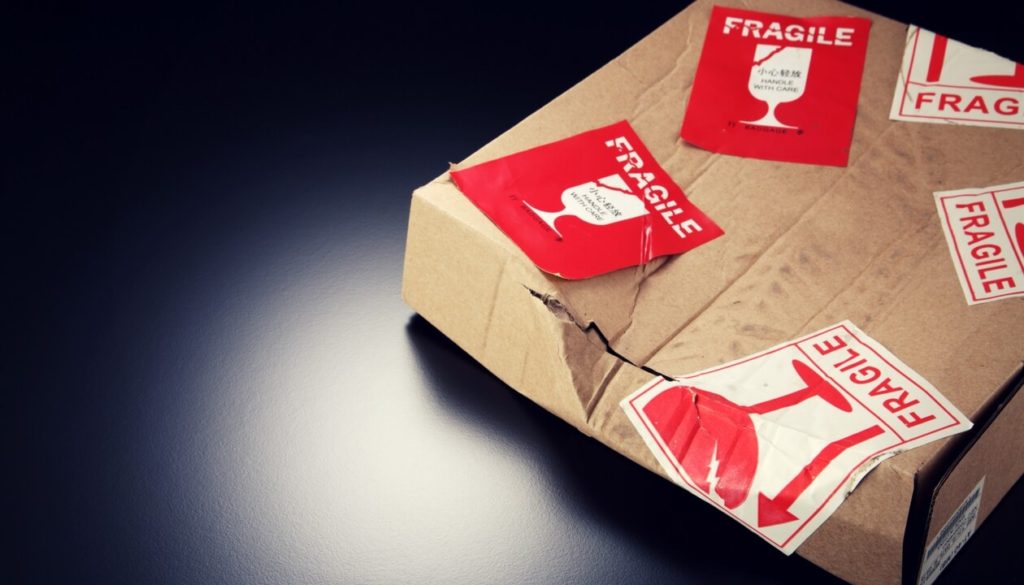 It is very easy for sellers to get caught up in the process of sourcing inventory, shipping it to Amazon, and focusing on the sales. Because the FBA model covers so much of the ecommerce work for you, it’s tempting to sit back and leave everything to Amazon.

But you’re still in charge of your own bottom line. In other words, sellers still need to manage their own inventory.

A whole host of things can go wrong (and Amazon isn’t always a gentle giant to deal with), but today we’re talking about one common issue: seller inventory that has been damaged by Amazon.

The reality is that all sellers are owed money by Amazon.

With such a massive amount of inventory, mistakes are bound to happen. That’s why Amazon has the FBA Lost and Damaged Inventory Reimbursement Policy to settle the score with sellers. It’s only fair that if you’ve tasked them with handling your inventory they reimburse you should they damage it. This policy covers inventory damaged by an Amazon carrier or inside a warehouse.

While Amazon automatically reimburses sellers for items they have damaged (less any FBA fees they would have been taxed had it sold), there are glitches in the system that can prevent sellers from getting paid.
END_OF_DOCUMENT_TOKEN_TO_BE_REPLACED 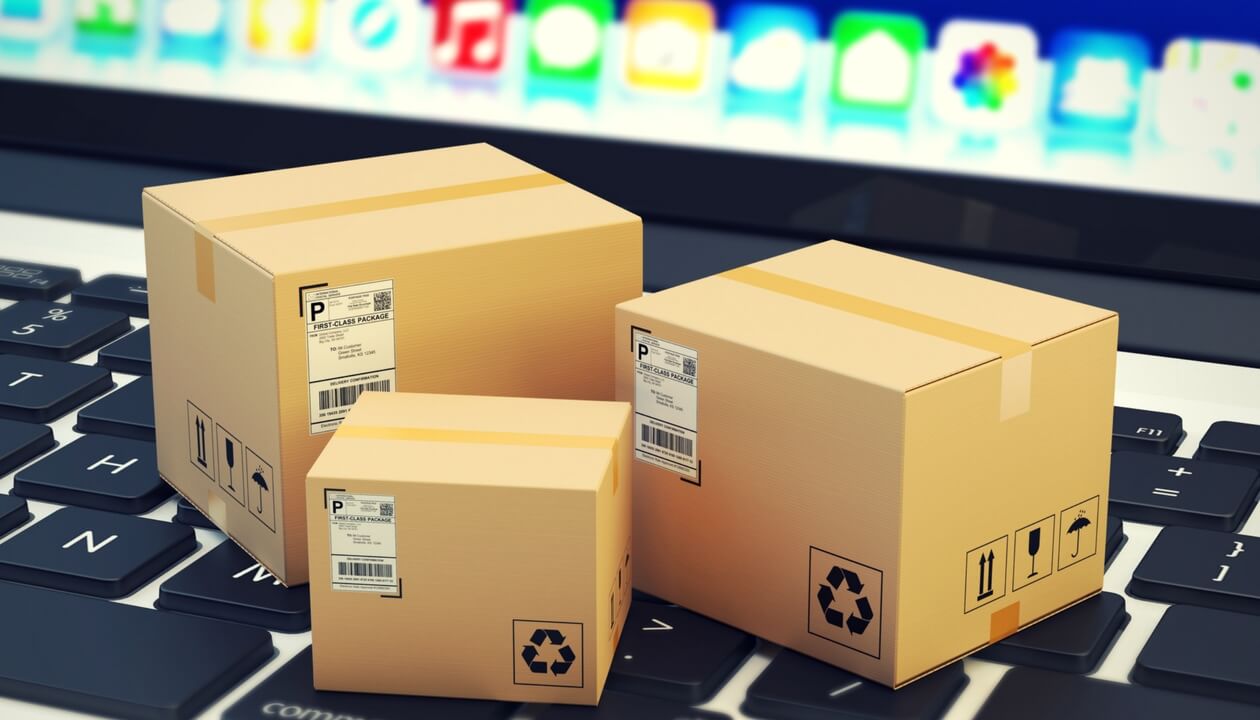 Over a third of purchases on Amazon happen in the final quarter of each year. December sees more Prime signups than any other month, as people scramble to ensure that their orders will be delivered in time for Christmas.

While brand new sellers do so poorly in Q4 that Amazon barred them from sending in inventory, established sellers benefit from higher sales at the end of the year. When sellers learn which products move during Q4 and know how to price their items, they can experience much higher sales volume than any other time of the year.

Why there are more Amazon FBA returns in January

The return policy for items sold and fulfilled by Amazon is a standard 30 days, however Amazon also has a Holiday return policy. This allows customers to return any item shipped between November 1, 2016 and December 31, 2016 until January 31, 2017—meaning that the month of January will not only see returns from December purchases but November as well.
END_OF_DOCUMENT_TOKEN_TO_BE_REPLACED 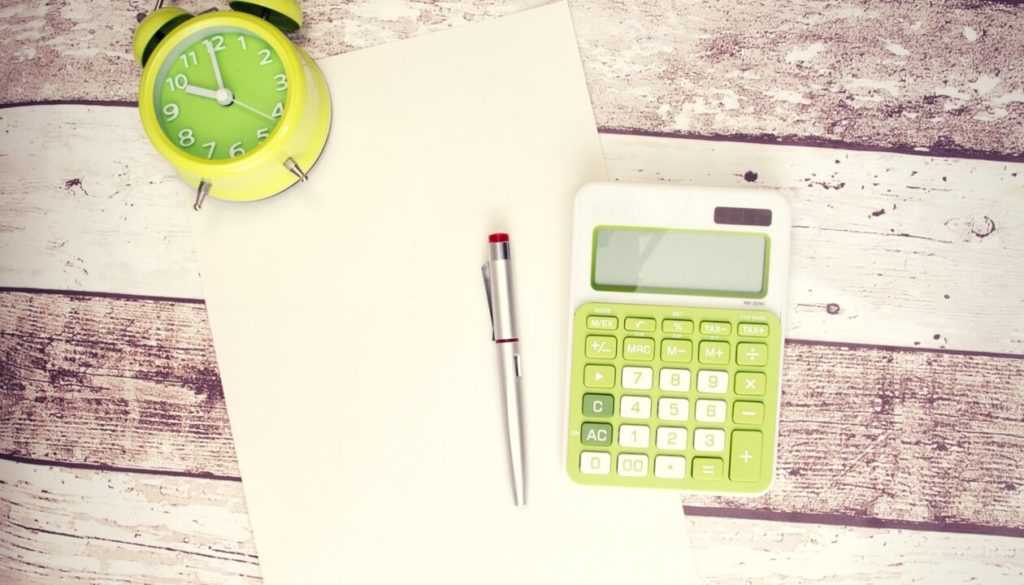 Outsourcing your warehousing and fulfillment so you can source great products isn’t just a dream life for many Amazon Sellers, it’s a business model. One of the first things you learn about when you discover FBA is the revenue calculator.

The Amazon FBA revenue calculator can look a little overwhelming at first glance when you see all the data fields, but it is incredibly simple to use.

What is Amazon’s FBA calculator?

The Amazon FBA calculator gives you a good estimation of your profit margin to see if a custom product is worth selling. Or, it can give you an exact estimation of your profit margin if you’re planning on selling something that is already offered by another Amazon Seller. Maybe you’re wondering if you could source something for cheaper and by extension sell it for cheaper than another Seller? The Amazon FBA calculator is where you’ll find out if the effort is worth the potential profit.
END_OF_DOCUMENT_TOKEN_TO_BE_REPLACED 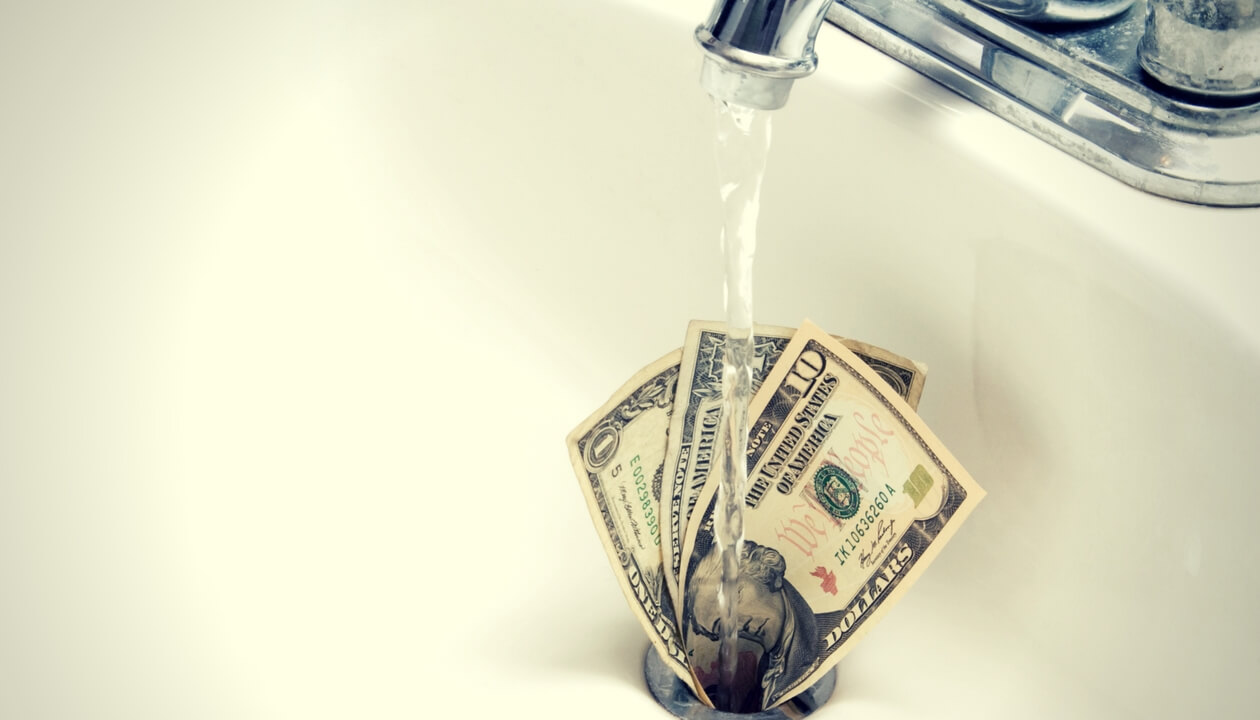 Once you’re well past the nerves and excitement you feel as a new Amazon FBA seller and have stocked your inventory, made some profitable sales, and started to focus your energy on improving your seller rank, you might be wondering what else you can do to create a more profitable business.

It’s challenging to estimate how much inventory Amazon loses or damages, but it often exceeds 1%. Sometimes you’re not properly reimbursed as promised.

Whether you are reselling sourced inventory you bought on clearance or having FBA handle your own branded product, there’s something you never want to do: leave money on the table.

Well, you never want to leave money on the table in general, right? Right. FBA is a pretty sweet deal. Amazon offers to take the blame for so many issues like shipping damages and lost items. And while it might feel like they’re just being nice, you have to remember that you are paying for the high level of service with your commission fee.

Amazon tries to deliver on their promises and make sure you’re getting back money that you’re owed, but mistakes happen.

Tracking these mistakes is a process that can be tedious or easy–depending on how you approach it.

1.Inbound shipment issues are the easiest to track

One of the quickest and fastest ways to get reimbursements as a Seller using FBA is to pay attention to inbound shipment discrepancies. You should track this every week or every other week, depending on how often you ship to Amazon.

When you login to your Amazon Seller Central, all you have to do to get started hunting for inbound shipping issues is to head to the Shipping Queue. For any case that is closed, check if the column on the left is higher than the column on the right–meaning that Amazon received fewer units than what you shipped to their warehouse, or they received them but later deemed them unfit for selling.
END_OF_DOCUMENT_TOKEN_TO_BE_REPLACED