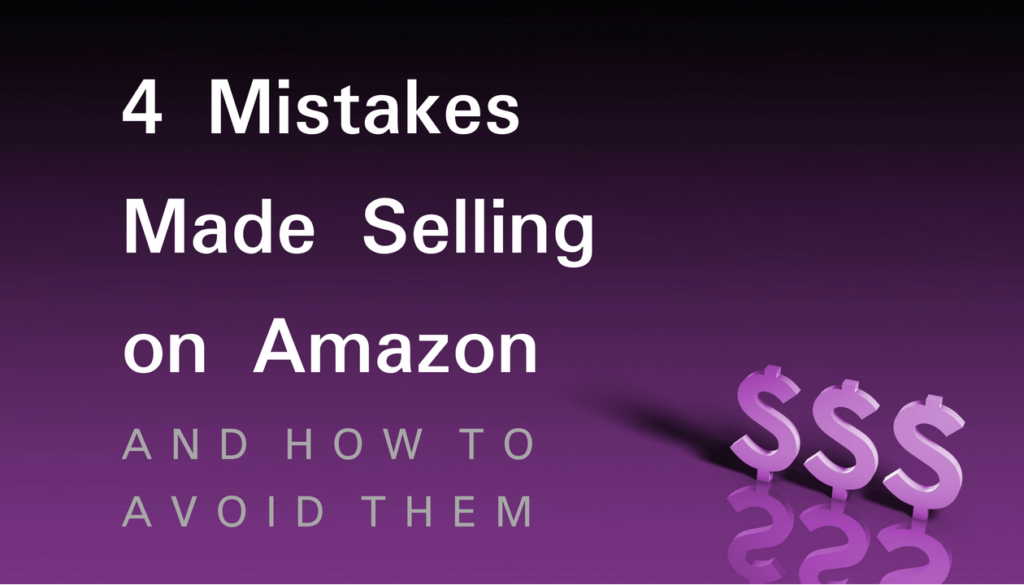 Today we have a special treat for you. Jazzel Yousef, the owner of a private label brand on Amazon, is telling us some of the mistakes he’s made on the path to generating $400,000 a year in top line revenue within three years of starting to sell on Amazon.

How did you get started selling on Amazon?

I started back in 2015. I graduated from university in 2014 with a degree in electrical engineering. I tried to go into my 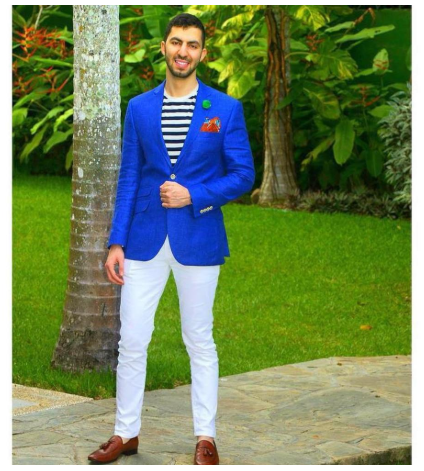 first business venture which was mobile application development for Android and iPhones but that didn’t work out.

Around that time I saw a lot of internet marketers promoting The Amazing Selling Machine Course. I didn’t know you could sell on Amazon. I didn’t know anything about it. There were mini training videos leading up to the sale of the course. I learned a lot from those videos.

Then I bought the course and that helped me a lot. That was in 2014. In May 2015 I launched my first product which was an electrical product. I bought my first one thousand units and by the end of the year I had sold them all, which was slow when I compared myself to sellers who were selling thousands of units per month.

Do you sell on other channels?

Amazon is where I make most of my sales, and now I’m trying to develop the brand, and I have a Shopify store that I am building for the brand.

Amazon is really great for setting everything up and getting sales, but becoming dependant on it is very risky.

Have you experienced some of the risks of selling on Amazon?

Yes. One of them is that the listing of my best-selling product was closed multiple times. There are competitors trying to take you out by playing dirty tricks with you. I got so many safety complaints about my product, that I knew it was my competitor. I also got fake trademark infringements about my product. All of that made Amazon close my listing, and that bought my competitors time to sell more of their product. That hurt my sales a lot. I lost thousands in sales from this competitor playing dirty tricks with me. I got a huge amount of negative reviews. I got people saying they bought this product and that something bad happened to them. Then Amazon took my product down and I had to work hard to get them to put it up again.

I’m 100% sure it was my competitors. They bought a lot of units of my product and returned it, so my return rate metric was really high and that also contributed to my listings being shut down it.

What was your experience with creating your first product?

My first product was an electrical product, and I ended up discontinuing it because it had a very high return rate which is normal for products that have many electrical components built into it. That was one of the mistakes that I made, the fact that it was an electrical product. Another thing that happened was there was a lot of big name brands coming into the space selling the same product that I was selling for much, much less and I just couldn’t compete. I couldn’t differentiate myself from them in any way. I discontinued that product by the end of the year.

I’m still in the process of creating something that I can differentiate and brand. It’s a never-ending process. The goal is to create multiple brands and to exit from all of them or individually.

What’s the number one most important factor when it comes to selling on Amazon?

The biggest thing that you can do when it comes to selling on Amazon or ecommerce in general is product selection. It’s 80% of the effort. If you have that dialed in, everything becomes much easier, the listing, the PPC, the branding, everything. The first time, I got it wrong.

Try to do your research well and select a good product to sell, but don’t get stuck in the analysis paralysis phase where in the end you end up not taking action. I took action fairly quickly but for the second product that I released, I got too comfortable. I was relying on one product to do well and if anything happened to that one product, it would have a massive negative impact to my overall sales.

And when it comes to product selection, I would urge people to choose something that is not electrically complicated. They have a high return rate simply because the product itself is complicated to manufacture and more prone to issues. Also, if you’re in the position to expand internationally, you can do that easily. Let’s say you want to release your product in the US, the UK and Europe, you’ll need three different plugs. That will bring a lot of logistical headaches, like MOQs (Minimum Order Quantities) from your supplier, shipping prices for different versions of this product. It’s just going to be a headache. For your first couple of products I would suggest you select something that is not electrical.

What’s one of the first mistakes you made as an Amazon seller?

There’s a mistake that I made in my first year. The brand name that I made was very descriptive. I tried to trademark it within the whole of Europe, and it got rejected. They saw it as being decieving for the product I was selling. All of my brand names are now abstract, which means that the name itself doesn’t mean anything and it can mean anything. They’re much easier to trademark. That was a costly mistake actually, so I hope people learn from that.

What’s one of the ways Amazon sellers can protect their profits?

I had my first couple of shipments sent to me directly and I rented a storage room for the product. That costed me a lot of money over time. I now know I should have used a third party logistics company to receive my shipments.

Amazon’s storage fees have gone up. You get hit by the long term storage fees, and even the monthly fees are very costly.

So to have the logistics company send inventory to Amazon as you need it is a better way to save money than to send the inventory from the supplier yourself to Amazon directly. You still sell FBA you just don’t send all of your stock to Amazon or rent a storage room. Try and look for a logistics company that don’t tie you down to a contract. There’s so many of them that want you to be in a contract for 6 or 12 months. Look for ones that you pay as you go, or on a monthly basis. And look for ones that don’t require a high minimum monthly spend, so that the minimum is reasonable for the amount of inventory you have and your volumes as a seller in the moment and moving forward too.

What was the biggest mistake you’ve made as an Amazon seller and how can others avoid this?

I bought this 40 foot container of a product that was selling well on Amazon. It was a costly mistake. Just because I had the money to buy the container doesn’t mean I needed to.

I didn’t understand the principle of cash flow, and that decision really hurt my ability to grow. I wasn’t able to diversify into other different products within the same brand or invest in marketing. I had no more purchase power.

Try to diversify your products as much as possible. If one gets taken down then you have this other one, or several products, bringing in sales.

Cash flow was the biggest reason why I didn’t grow as much as I wanted. The container that I bought, I could have done so much other stuff with that money. Launched a new product or invested in my website, anything that would have made more sense than just buying a whole container of that single product.

Reinvest in a smart way in your business. Try to see what would bring the most ROI. Spending your cash wisely is one of the best ways you can protect your cash flow.

Do you think Amazon sellers have to make their own mistakes?

There are some mistakes you have to make yourself. I still take multiple courses and learn from Facebook groups, but even then there are times when I have to correct course without outside help. You can learn from others’ mistakes (and I hope you learn from mine).

What are your final thoughts for entrepreneurs?

Being an entrepreneur has been hard to be honest. It’s portrayed in this way of having full financial freedom. It’s not as easy as it looks. There’s so many Facebook ads filmed in Bali or Indonesia or Thailand saying “look how much money I made”, and when you start a business, it doesn’t help you to have false expectations.

Work hard, have a plan, focus on the long term, and have a big enough ‘why’ to keep you from giving up when things get hard. Your reason for being an entrepreneur needs to be so big, it will help you break through. For me, it’s financial freedom not only for myself but my whole family.

Do you have any tools or resources to recommend?

I really love Feedbackwhiz, and I think it’s a must-have tool for all private label sellers. I recently went through a process of optimizing for revenue and I got rid of a lot of tools I hadn’t used or gotten value out of, but Feedbackwhiz had to stay, It is essentially an amazon mailer tool but it is much much more than just an Amazon mailer tool, I was looking to replace one that I was using for a long time (which was also really expensive for what I was getting) and a lot of other sellers recommended me this one. I can see why now, because apart from being a tool that you can use to send follow up emails to your Amazon customers to get reviews for your products you can also use this tool to match product reviews to orders and then use that valuable information to see how can you help a customer that left you that 1-star review and convert them into a raving fan of your brand, the tool is also extremely cheap to what it offers (almost ⅓ of what I was paying with my other tool), it covers the whole of the EU market as well as the American market. And one of my favorite aspects of the tool is learning who my repeat customers are so I can give them extra perks and really turn them into my brand ambassadors.

I also want to recommend the following resources that have helped a lot on this journey.

I also want to recommend the following resources that have helped a lot on this journey.

Follow the Data: Your Journey to Amazon FBA Success (by the guys from Viral Launch)

Also, the following Facebook post inside of The Amazing Seller group really changed my approach to increasing cash flow, and I highly recommend that you read it here.

I am a part of many other ones as well but those are the most active ones, and they have highly successful sellers sharing really valuable posts in there and also the community is great when you need help and are struggling with something in your Amazon FBA business.

Refunds Manager can help you get back reimbursements from Amazon FBA for 17 different types of claims. No more wondering if you skipped anything. No more valuable time spent cross-checking order numbers! Refunds Manager has you covered.